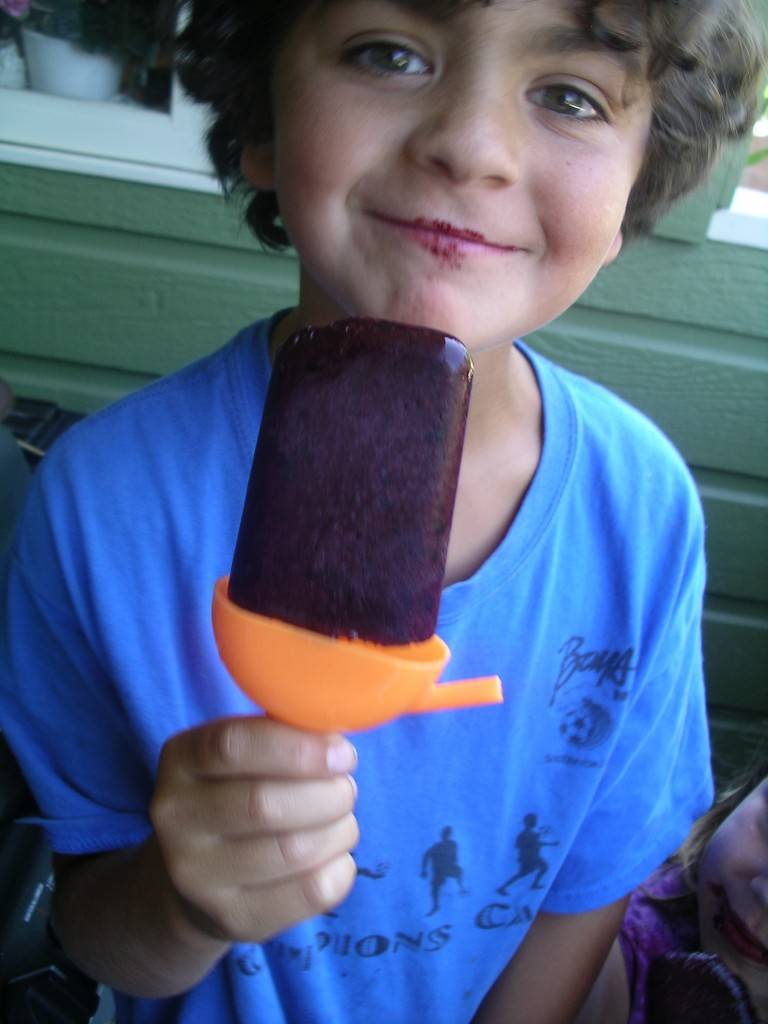 I owe this one to my 9-year-old son. Although he is generally uninterested in cooking, he occasionally comes to me with very specific and detailed instructions for a recipe he wants me to try. Often it is an impossible conconction that he has envisioned after reading an over-the-top Munsch book. This one, thankfully, was a no-brainer, and perfect for the summer: make a smoothie and pour it into popsicle molds, freeze, and enjoy.

But my son insisted that this recipe should have no yogurt or milk involved, and he wasn’t saying this not out of concern for his lactose-intolerant little brother. No, he had decided that smoothsicles, as he calls them, should taste like “sorbetto on a stick” (his words, not mine). Why? I don’t know, but sorbetto on a stick sounds delicious to me! 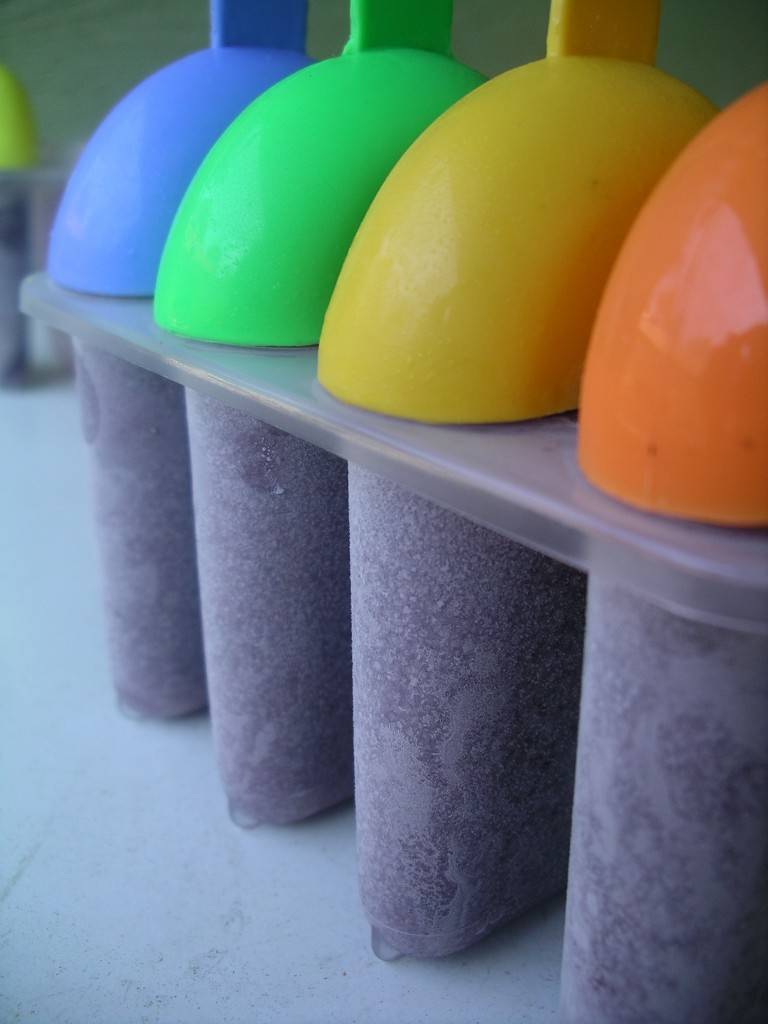 Blueberry Smoothsicles, aka Sorbetto on a Stick
Makes 6 to 12 smoothsicles (depending on how big your molds are)
All amounts are approximate and can be changed to suit your family’s taste. I cook part of the berries to get the juices out, so that I don’t need to add much water. Cooked blueberries also add an intensity of blueberry-ness that I quite enjoy.

In a small pot, combine two cups of the blueberries, the water and the sugar or honey. Place pot on a stove burner and turn heat to medium-high. Bring berry mixture to a simmer, stirring until berries have broken down and given off some purple juice. Remove from heat and pour berries and all their juice into a metal bowl.

Place the remaining 3 cups of blueberries, along with the ripe banana (which you have broken into pieces) into a blender. When the cooked berry mixture has cooled a bit (i.e. it’s no longer steaming), pour the mixture with all its juice into the blender with the fresh berries and banana. If there doesn’t seem to be enough liquid to get the blades going, rinse out the cooked-berry-bowl with a 1/4 cup of water and add this water to the blender as well.

Place cover on blender and blend until mixture is smoothly pureed. Pour berry mixture into popsicle molds, place caps/sticks (what are those things called anyway?) on and look for a perfectly flat place in the freezer to put your smoothsicles until they freeze. (I don’t know about you, but I spend almost more time looking for a flat place in the freezer that I do making the smoothsicles.)

Once they have frozen for several hours, run the molds under hot tap water to help release the smoothsicles and enjoy.

An interesting aside: one of my favourite blogs right now is Get Fresh, which is all about farm fresh food on Southern Vancouver Island. Only after I made these smoothsicles did I see that Get Fresh had a very similar post on their Kids Cook Local section. It seems that one blogger’s son had this idea… and pretty much on the same day that my son has his idea… There must have been something in the berry-laden air!