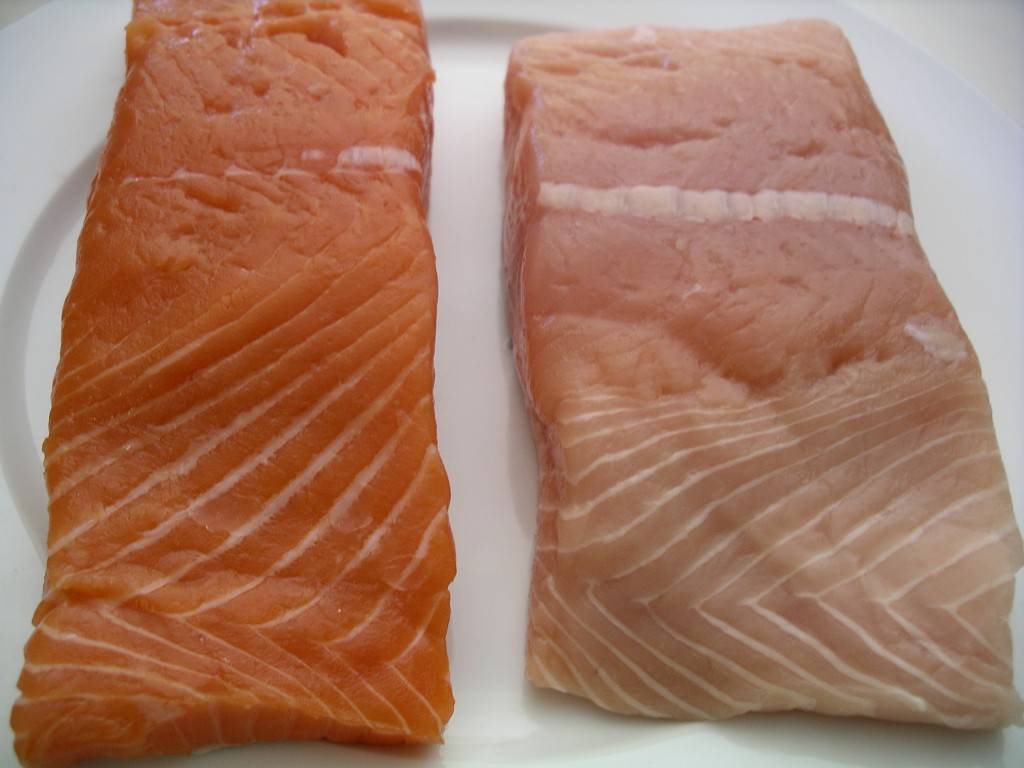 This evening, our family had a taste-test for dinner. And it all started because of the new guy at the fish counter. He  insisted that I buy the White Spring Salmon rather than the usual Red, declaring it superior in every way. I had my doubts. I mean, White Spring looks insipid next to the vibrant Red Spring, and my past experiences with pale salmon have been distinctly unpleasant.

However, because of its glowing review from the fishmonger, I was willing to try it. And I decided the very best thing to do would be to buy some salmon in each colour and compare them side by side at dinner. How would I really know if the White Spring was superior without a taste test?

So I did it. I took a large centre-cut fillet of each colour home. I cooked them very simply: pan-seared over medium heat in butter, with the skin side down to start, and only a bit of salt for seasoning. I cooked them until they were not quite done, and let them rest a few minutes before I served them. We all tried the two salmons plain, no sauce, no dressing, no extra salt or pepper. 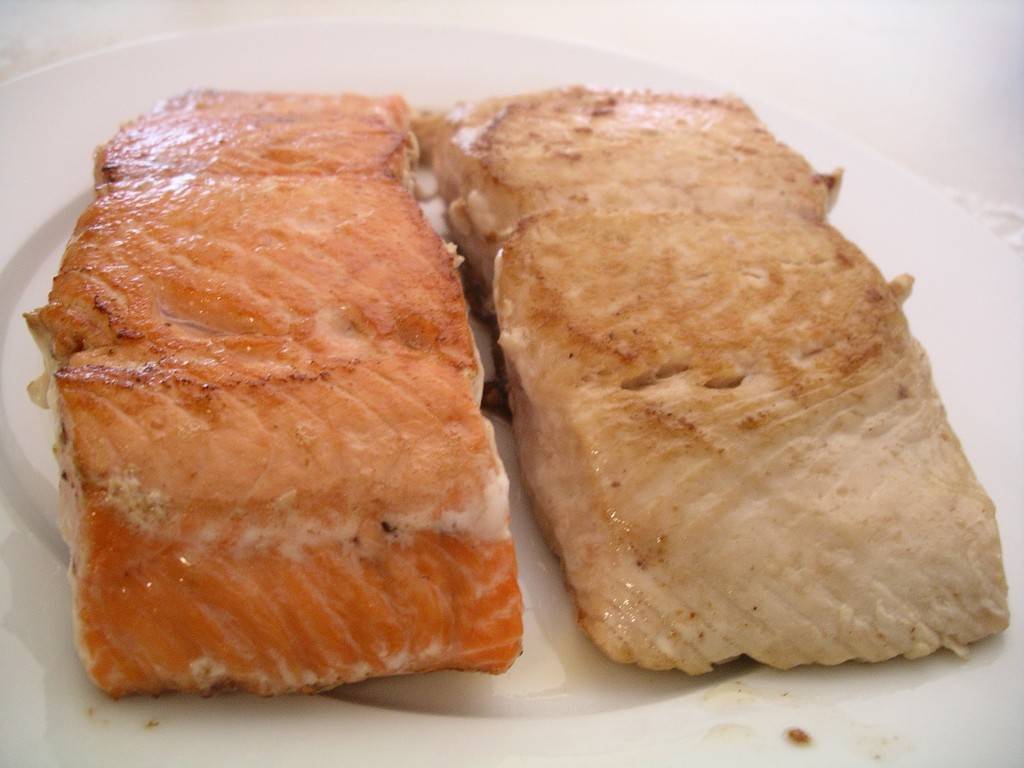 Yes, I do know. Both the Red Spring and the White Spring were deee-licious! Superb, superior, spectacular! Seriously, it was impossible to choose which one was better. They both had the Spring Salmon hallmarks of  tender, rich flesh, delicious salmony flavour, and that melt-in-your-mouth texture on the tongue. Fresh spring salmon is one of the best eating fish ever, in my opinion.

But, but, but… there were slight differences. The Red was a little drier, less fatty, and had a slightly stronger salmon flavour. The White was moister and richer, with a very mild, almost nutty flavour – it was less identifiably salmony. But really, I am splitting hairs here. My kids, usually the possessors of picky uber-palates, couldn’t tell the difference, and in fact ran with their plates to the counter to snag more of each colour.

My conclusion after this taste-test is that you can’t go wrong with either kind, but if you tend to over-cook your fish, go for the White, and if you like a more distinct salmon flavour, go for the Red. I will probably choose the Red more often, just because I like the colour, and I avoid over-cooking fish in general. But I am very happy to have been introduced to White Spring Salmon. It is really really good.

Extra Info: When I asked the fishmonger about where White Spring comes from and why it is white, he said they are indistinguishable from the Red until they are cut open. About 5% of the Spring catch is white-fleshed, and some runs have a higher percentage of White Spring than that. Their nutritional quality is similar; apparently it is a recessive gene that causes the white-fleshed Spring to display their carotenoids that way. So, unlike other “pale salmon”, who lose colour and flavour due to spawning, White Spring are just born to be different, and still manage to taste delicious. 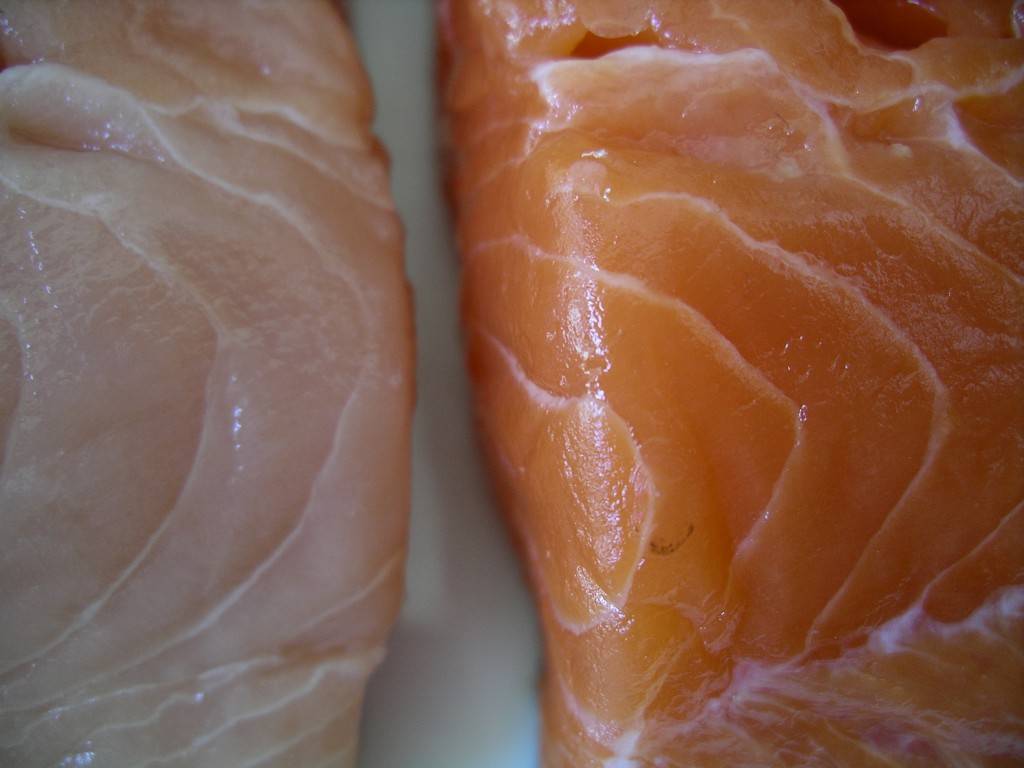