I thought I was a Chef, but then I challenged the Red Seal. 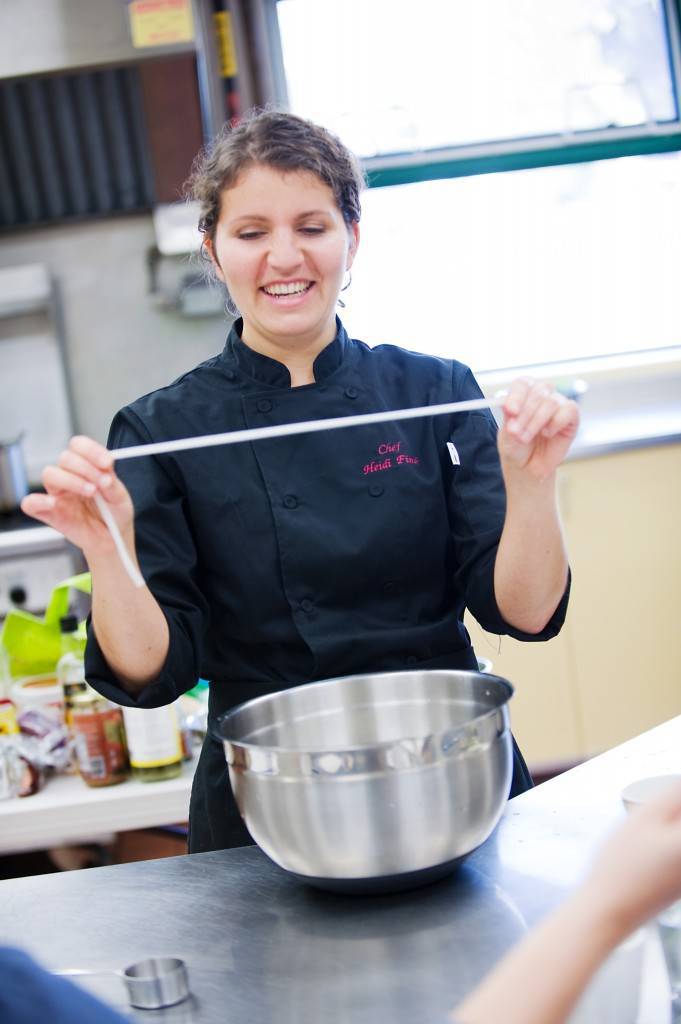 A Red Seal separates the real Chefs from the posers who call themselves “chef”. It represents, at the very least, culinary training, a three year cooking apprenticeship, and an excellent score on a nationally standardized chef test.  Or, it is given to the crazies among us who don’t use life’s ordinary routes: after proving we have enough experience and know-how to be worth it, we are allowed to “challenge” the Red Seal testing process.

I guess I have never been content to do anything the easy way. As evidenced by my cooking career to date, my plans about Chef certification must have gone something like this:  “To hell with cooking school and apprenticeships! I can work for years in remote treeplanting and mining camps, then claw my way up from the lowest postion in a restaurant kitchen to Exectutive Chef, before ditching it all to raise kids and start my own cooking class business. Yeah! Then I can challenge for my Red Seal! In the same month as my son’s birthday! Hell, YEAH!” 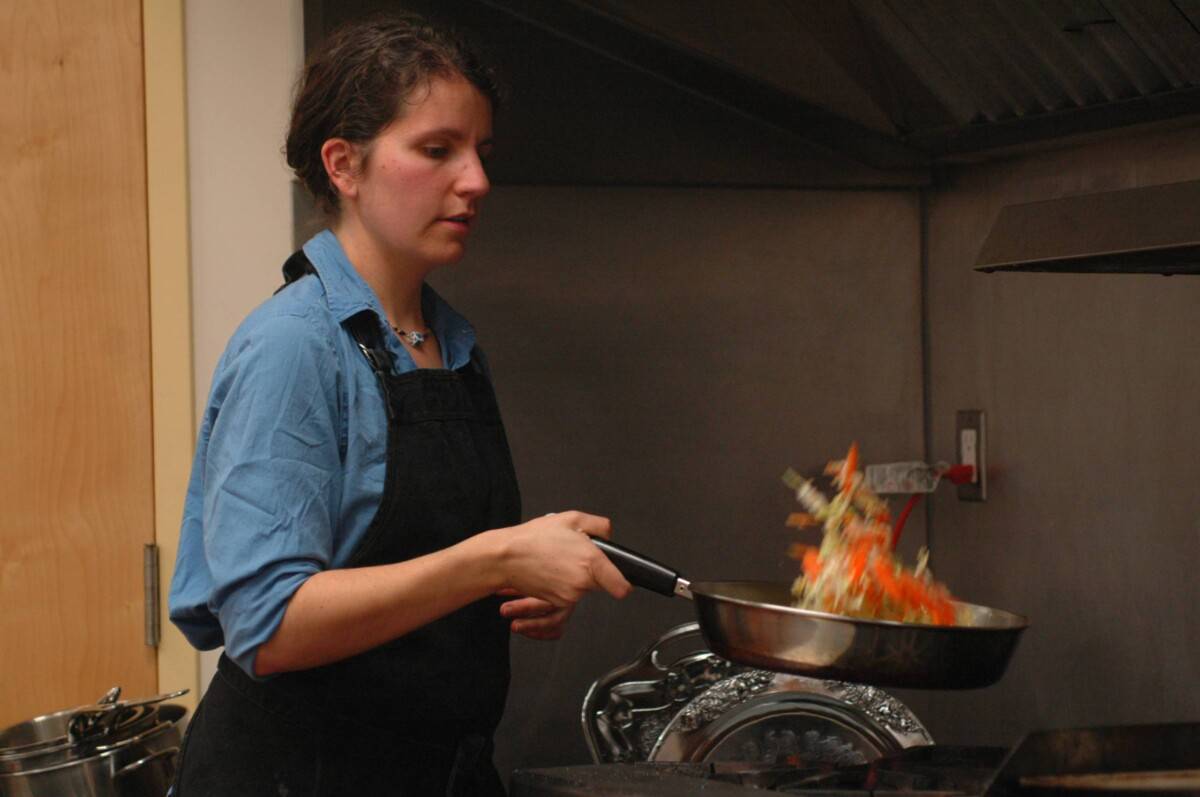 since there is no photo evidence of my Red Seal cook-off, here is a gratuitous shot of me sweating it out and looking suitably cheffy

You can see where this is going. But despite all my eggs-of-steel-making chef experience, I thought seriously about passing out on several occasions during my Red Seal ordeal. Putting together the massive and detailed portfolio to prove my worthiness was one thing. The harrowing series of interviews and tests was another. But that which nearly broke my huevas was the culminating exam: a 6-hour Iron Chef-style cooking challenge. Six hours, black box ingredients, a multi-tiered menu, no sous-chef. In an unfamiliar, ill-equipped kitchen with no dishwasher (I know, the cooks out there are hyperventilating). Complete with Chef-assessors looking over our shoulders asking trick questions and making commentary on clip-boards. And no Mark Dascacos bowing to us at the end, either. (!)

To be honest, the challenge was fair (as well as difficult) and the assessors were very helpful and friendly throughout the entire process. I am especially thankful for the guidance of Chef Bruno Marti, my main assessor. But I am really, really glad that I did not know who he was, nor how famous, until after the challenge was over.

(Heidi, one day after Iron Chef energy-sucking cook-off: “My main assessor was this guy Bruno Marti, and he help -”
E., chef friend: “Oh my God!! BRUNO MARTI?!?! Bruno Marti was your assessor?! Oh my God, I would totally have shit my pants!”
Heidi: “Why? Who is Bruno Marti?”
E., almost babbling: “Only about one of the most famous chefs in Canada!! He-won-the-Culinary-Olympics-a-whole-bunch-of-times-and-he’s-on-the…”  Heidi starts to lose track here, as the stark reality of this situation sinks in “…and-everybody-knows-who-he-is!”
Heidi: speechless from shock, and secretly relieved she did not know any of this beforehand, or her crippling panic during the cook-off would have completely finished her)

Now that I am a Chef with a capitol ‘C’, I expect to be accosted in the street for my autograph while fending off papparazzi and hordes of shrieking fans holding copies of my recipe booklets.

Or not. At least I can say that I did all this and still managed to spend enough time with my children so that they remember who I am. (As evidenced by this soccer cake I made for my son’s 8th birthday party in May). 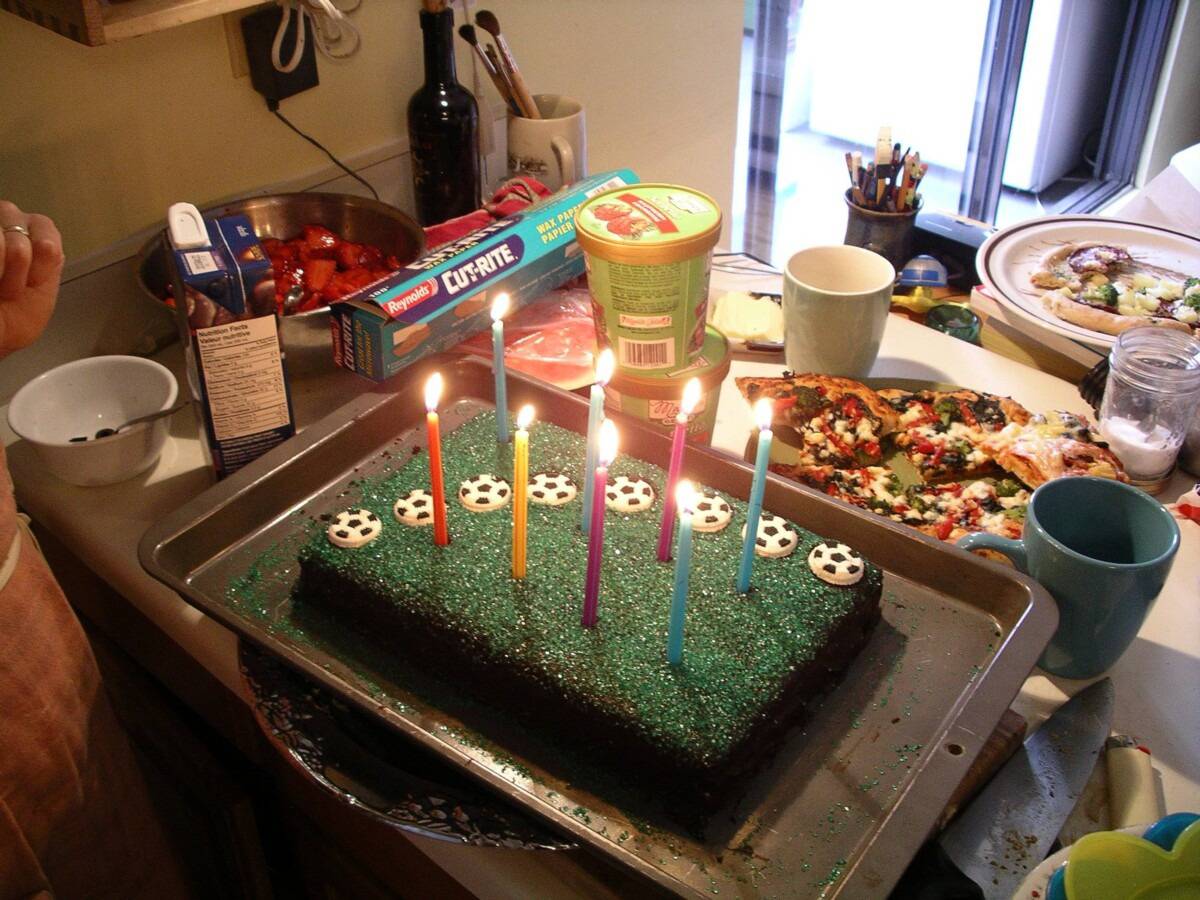 Beckham couldn’t have kicked it harder