I love this: I wrote a pro-lard article and managed to get it published. And paid for. Twice. (If you don’t believe me, just check out this month’s issue of EAT magazine.)

I know, I know, this seems completely insane. But it’s not. That’s because – wait for it – (ha, I just get so excited by this stuff!) – lard is good for you! In fact, lard is one of the healthiest cooking fats out there.

Repeat after me: lard is not a four-letter word!

Just a small quote from my article, to amaze and tantalize you:

“… lard is lower in saturated fat than most other commonly-used solid cooking oils. Lard comes in around 40% saturated fat… Even better, most of the remaining fat in lard’s make-up is oleic acid, the very same kind of monounsaturated fat that has made olive oil so famously good for you! Check that – lard equals fifty percent olive oil! Who knew?”

I will have the article posted to my website soon, so you can read all about it. In the meantime, you can read it by picking up a copy of EAT magazine, or visiting their website to read the issue on-line. For the truly die-hard fans out there, you can check out my previous pro-lard article, published six years ago (that’s me, always on the cutting edge, before the edge even knew it was cutting.) 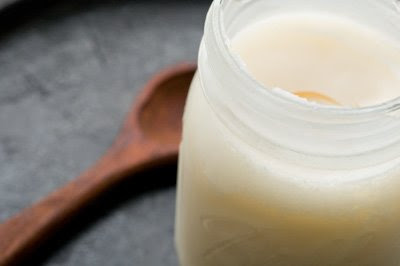 As an aside: I am, of course, talking about the real deal: homemade lard, not the possibly suspect and probably hydrogenated supermarket lard. In the coming weeks, watch for my tutorials on how to make your own lard, as well as listings of local sources of organic and good-quality pork fat.

Also coming soon is some really exciting pastry inspiration, because we all know what lard does best… makes the perfect pie crust!