The Recipe That Never Was 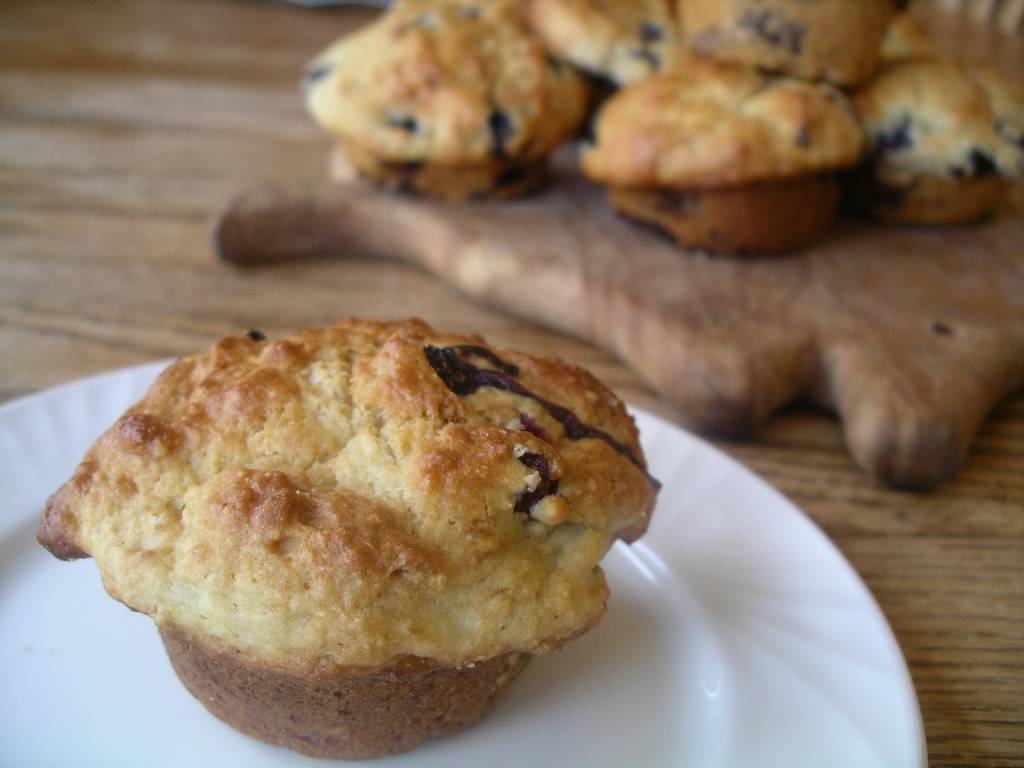 I had originally planned for this to be a post about Grandma’s blueberry muffins – about how I was out-cheffed by my very own mother-in-law. Only a week after I had blogged my definitive blueberry muffin recipe, she showed up at a family picnic with the best blueberry muffins I had ever tasted. (Damn her). I wanted to get her recipe and share it here on Lip Smacking.

But the blogging devil has a sense of humour, and not just because Grandma’s muffins were better than mine.

Grandma M. is a legendary baker in the family, with almost 50 years of baking experience to her reputation. Her breads, cookies, cakes, and muffins are always that perfect combination of wholesome, understated, and truly delicious. She is also generous with recipe-sharing. Still, I have learned over the years to question Grandma M on the details – as with any naturally-gifted baker, she never sticks to the recipe as written but always adjusts as she sees fit.  And, to make the recipe hunt trickier, if I don’t catch her soon after baking she will have forgotten what little thing she did differently.

So. On the blueberry muffin front, I happened to be at my in-law’s house the very day after the picnic and I asked for the muffin recipe. Grandma M said that she would email it to me but I knew that would net me only the cookbook version. I, wily recipe researcher that I am, said I would copy it out myself. I then cunningly sat next to her while writing and asked annoying questions like: “Salted or unsalted butter?”, “Did you use brown sugar or white? Light brown sugar or dark?” and “Full-fat or low-fat yogurt?”. These details I knew would make the difference bewteen good muffins and Grandma’s Muffins.

As it turns out, all my cunning was for nothing. Despite using light brown sugar, vanilla yogurt, and extra blueberries, the muffins I made tasted nothing like Grandma’s. Mine were kind of plain and bready, not moist and delicious and undefinably extra good as Grandma’s were. My 5-year-old helpfully said that Grandma’s muffins tasted “like marshmallow” while mine were “not like Gramma’s at oll!” Thank you for your feedback, tiny person who has never made muffins.

Normally, I would just leave well enough alone. I mean, how many blueberry muffin recipes does a girl need? But this was for my blog, and I am not a person who gives up after mere hours of frustration. So I decided to waste even more time by trying a second batch.

First, in an attempt to analyze my muffin failure, I made myself almost sick with eating bite after analytical muffin bite. I decided that Grandma M used more sugar than the recipe called for (darn it, I forgot to quiz her on amounts!!), that she must have sifted the flour, and that she obviously added vanilla and salt to the batter, too. So, after lying on the couch in a recuperative position, I dragged myself off to the store for more blueberries and yogurt and tried again.

Well, we all know how this story ends. Here I sit, eating new muffins that now taste vaguely of a commercial bakery (too much vanilla and sugar, I think, ha ha hahaha haaa……) but still don’t really taste like Grandma M’s muffins. I have logged hours in the kitchen on a hot hot summer day, with nothing much to show for it except a stomach ache. I am also turned off of blueberry muffins for the duration of the summer.

I have privately decided that Grandma’s muffins weren’t really that good – it was only that we were all very hungry at the family picnic – the fresh salt air sharpened our hunger and all that. Yeah. Yeah, that’s it. In the meantime, I can’t wait to hear my five-year-old food critic’s pithy analysis of this batch.

Lesson learned: ask the annoying recipe details from your naturally gifted home baker at the picnic and not the next day.